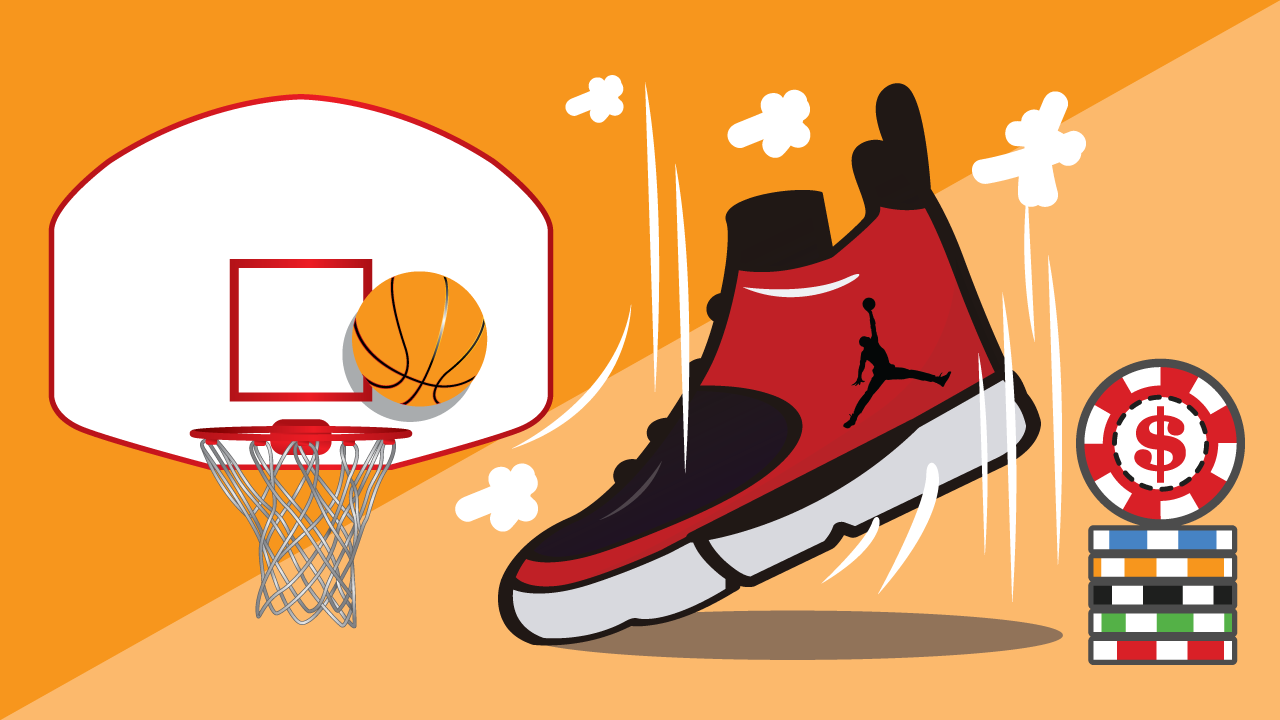 It was a rather typical Tuesday evening for me at the time. I was in my room at my parent’s house, not legally old enough to play poker in a casino, so I sat alone on the high stakes tables on the popular website Full Tilt Poker, hoping for a whale to show up. I turned on the TV and waited for my computer to beep, alerting me someone had sat down to play.

Half way into my show, he came. My opponent was a legendary VIP whom I had played many times before. Known for his aggressive style and willingness to gamble with any two cards, I knew this was going to be a fun, rollercoaster match.

I quickly won a buy in, which equated to a nice sports car. I knew better than to celebrate, for at any moment things could change.

My second opportunity of the night came when I was dealt pocket threes. Playing heads up, or one on one, any pair is a very strong holding. I called a raise, knowing that if that magical third three arrived, I could potentially win a monster pot.

The turn came an offsuit Queen.

I had him right where I wanted him. All I had to do was bet out and pray that he’d bite.

And then, the river came. A Jack.

Traheho was my online moniker, a name that stuck with me from my freshman year of high school when my football coach once mispronounced my last name

Although that hand was played back in 2007, it seems like yesterday. I can still feel the numbness I experienced afterwards.

Perhaps it’s part of the minds defense mechanism, shielding me from fully comprehending what just happened. I just sat there for a moment with my mouth open yet unable to breathe. But just as quickly as the river card came, the next hand began. As I had practiced so many times in preparation for moments like these, I repeated those two simple words: ‘next hand’. And the game went on.

The term ‘bad beat’ is used to describe a situation where you get all your money in with the best hand and lose. Professionals learn to accept this as part of the game. After all, if there was no luck in poker, the pros would always win and the game as we know it wouldn’t exist.

I’ve thought about this hand many times since that afternoon, and, despite the painful loss, I can’t say I’d do anything different. I did what I was supposed to do; went all in as a big favorite. It’s just unfortunate that I lost.

Playing the odds are what card sharks live by. They trust that in the end, if one continues to put their money in with the best of it, they will come out on top.

They also know that math is only part of the equation. As most professional risk takers – from poker players to stock traders – will tell you, the most important habit is capital management. Everyone has their favorite story of a rising star with incredible talent that never reached his full potential because he couldn’t manage his money correctly.

Properly allocating my capital is what allowed me to turn lemons into lemonade. While I did lose that one hand, I kept enough in reserve to rebuy in case I got unlucky. As my opponent and I played more and more hands, the luck evened out and my skill edge came to fruition. On any given hand, any amateur with any two cards can win, but in the long run, nobody defies the odds.

This truth is what coined the adage ‘the house always wins’, because in the end, well, they always do.

Proper risk management supersedes any in game tactical skill that a player has because, without the former, your results are too heavily based on luck. In other words, it’s the foundational decision of how to allocate capital which paves the way for the talented player to win in the long term.

In my hand with the pocket 3’s, taking that calculated risk was predicated on the fact that I could afford to be in the game in the first place. That is to say I could plan for a bad beat by not risking too much of my bankroll in any one hand, and knowing that if I lost, I’d have additional capital to buy in again.

Now, imagine if I couldn’t rebuy because my entire poker bankroll was on the line. Would it still have been the right move to play the hand that way? Most definitely. But one can easily argue I should have never been in the game to begin with. And what if not only my bankroll on the line, but my entire poker career?

Such was the predicament that Michael Jordan found himself in after his first year on the Chicago Bulls. After coming down hard on his left foot during the third game of the 85-86 NBA season, a series of X-Ray’s confirmed Jordan had broken his left navicular tarsal, a small bone in the foot which can be difficult to heal due to lack of blood flow.

Dr John Hefferon, the Bulls team physician at the time, said ‘the fracture usually takes anywhere from 6-12 weeks to heal, but occasionally it simply does not.’

Jordan, who had never missed a single game since his days at Laney High School, was forced to sit it out. Jordan grew irritable and anxious, and he convinced the Bulls to let him return to UNC, where he practiced in secret, playing up to an hour and a half per day.

Jordan eventually confessed to the Bulls management, stating he believed he was ready to return. Before a decision was made, Jerry Reinsdorf, the Bulls Owner along with Jerry Krauss, the Bulls General Manager, consulted the experts. They estimated Jordan’s chance of injury was 10%. (Dr. Stan James, an orthopedic specialist who examined Jordan’s foot put the odds at 20%).

His career would be over.

From Reinsdorf’s perspective, the risk didn’t justify the reward. Not only did Michael have his entire career in front of him, but the Bulls were hardly in a position to make the playoffs, let alone win the championship. Why take a 10% career ending risk for Jordan, (and potentially a franchise ending risk for Reinsdorf), when Jordan’s foot could fully heal in the offseason, and he could return at 100% next year?

Jordan continued to see the glass half full. He was a winner at all costs. It’s part of what made him a champion. Despite his perseverance, the Krauss, Reinsdorf and the doctors tried to sway him to sit this one out.

Jordan: ‘Depends on how bad the fucking headache is!’

Jordan took the pill. The Bulls squeaked by in 86’ and barely made the playoffs, before getting swept by the Boston Celtics in the first round. (In Game 2, Jordan had arguably the greatest playoff performance in history, scoring 63 points. It prompted Bird’s famous line, ‘that was God disguised as Michael Jordan.’)

Had Jordan instead remained on the bench for the remainder of the season, the Bulls likely wouldn’t have qualified for the playoffs, thereby gaining a higher pick in the upcoming draft. This would have put the franchise in a better position to win a future championship, all the while avoiding a potential catastrophe if Jordan took a ‘bad beat’ and suffered a career ending injury.

Jordan didn’t see it that way. His motivation was always to play each game to win at all costs (remember the legendary flu game?). It’s a commendable attitude, and unequivocally part of his legacy.

It’s true that Jordan was a big favorite for everything to go his way when deciding to return to basketball, and that a 90% success rate are as good of odds as any professional risk taker can hope for. Surely, in my game, it’s enough to bet all your money on.

But one key distinction between playing a hand of poker and a career altering decision is that in poker, one can always rebuy. There’s always another hand or another game (provided one manages their money correctly). For MJ, he truly redefined what it meant to be all-in.

Watching ‘The Last Dance’, a compelling documentary about the Bulls epic run, I couldn’t help but wonder if Jordan’s decision to risk it all was the right one. While I trust that Jordan knew best about what his body could handle, one must accept there was an element of uncertainty, just like what there is when you move all in at the table and wait to see what the final card will bring.

Even if he felt he was ready, Jordan couldn’t definitively prevent landing oddly on his foot and suffering a career ending injury. Poker has taught me that one doesn’t play the game with money they cannot afford to lose. Seeing how easy it is to take bad beats has helped me better assess risks and avoid taking them when I’m unwilling to accept the potential outcome. If I were in Jordan’s shoes, I don’t think I would have gone all in, as the consequences of losing the hand were far too great.

Most would argue that history proved Jordan right, especially after his epic performance against the Celtics. Had he tragically instead got injured after returning to play, would it still be regarded as the correct decision to return to the court?

To do so would be akin to saying that going all in with my pocket threes was incorrect merely because I lost the hand. Poker teaches one to judge the merit of a decision based on its expectation and the quality of the decision at the time it was made, not on the outcome.

If tragedy struck, I believe most people would have regarded the decision to return as a mistake. Ironically, not because it was necessarily the wrong decision, but because our society tends to place judgement based on outcomes.

One thing is for certain: had Jordan taken that career ending bad beat, we never would have known the great MJ. He’d just be another player on the list of those who tragically never realized their full potential. I believe I speak for us all when I express how grateful I am that never happened.

I believe Jordan is the greatest man to ever play the game of basketball. Known for this unparalleled work ethic, drive, sportsmanship, and winner’s mindset, his success is absolutely deserved. Still, despite one’s best efforts, we can’t always control where the cards fall. And, in order to reach the top, at some point, a few of those cards have to fall our way. 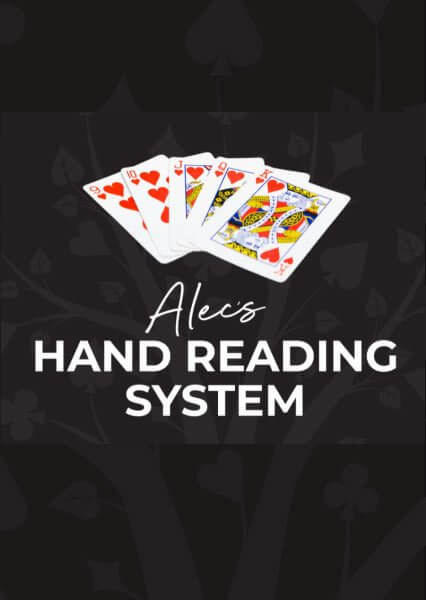 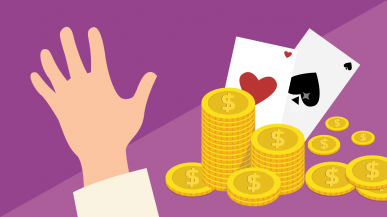 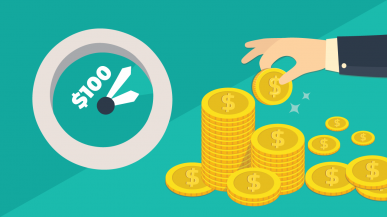 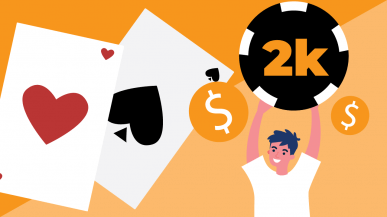 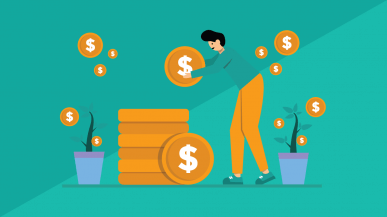